Lawyer Tom Girardi had his assets frozen in the midst of his divorce proceedings with RHOBH star Erika Jayne. Girardi was held in contempt of court on Monday in an unrelated embezzlement case.

A month after Erika Jayne filed for divorce, a judge in a separate case has frozen the assets of her estranged husband Tom Girardi.

E! News was at the telephonic hearing on Monday, Dec. 14, when the high-powered lawyer was held in contempt of court while facing a civil lawsuit that is accusing him of embezzlement.

The legal battle began on Dec. 2, when Girardi was accused of taking money from a settlement fund that was given to clients after their family members died in an Indonesian airplane crash.

The lawsuit stated, “Girardi keeps engaging in fraud and deception in order to support a never-ending spending spree by himself and Jayne,” who is best known for starring in The Real Housewives of Beverly Hills.

During the hearing, Judge Thomas M. Durkin asked if Girardi has $2 million to pay back the families. His attorney said he does “not have the ability to pay,” because he is involved in a divorce proceeding and his law firm has substantial debts. The lawyer, Evan Jenness, claimed the firm only has $15,000.

Girardi’s lawyer also suggested that because of his age, the 81-year-old has issues regarding “his mental competence.” 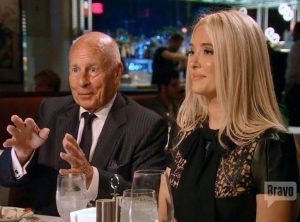 The victims’ lawyer, Jay Edelson, responded, “The idea he may be mentally incompetent [is] a sham. His firm has been running a Ponzi scheme for over a decade. This is not new behavior, this is consistent.”

When Durkin asked what remedies he could apply to help the plaintiffs get their money, Edelson asked that Girardi be held in civil contempt.

The judge ordered that the firm Girardi Keese was in civil contempt and ordered a freeze of all the assets belonging to Girardi and the law group. He later clarified that Girardi is individually being held in contempt of court as he has not paid the requested $2 million plus interest back. 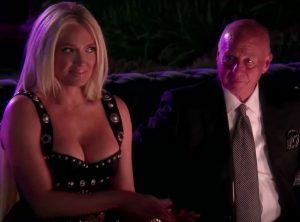 Girardi must submit a financial proposal by Tuesday, Dec. 15, of his plans to pay the money, with the judge telling his lawyer that Girardi can have an accountant help.

His lawyer also asked for time to complete a mental health evaluation of the soon-to-be-divorcé. She said she doesn’t believe he is faking his incompetence and thinks a mental health professional could help her understand him better, because he does not understand the gravity of the situation he’s facing.

Durkin decided that she can have him examined, but he is still in civil contempt.

Last week, Girardi responded to Jayne’s divorce filing and cited “irreconcilable differences” as the cause of their separation, following about 20 years of marriage.

Jayne exclusively told E! News in November, “This is not a step taken lightly or easily. I have great love and respect for Tom and for our years and the lives we built together.”

The 49-year-old singer requested spousal support from her ex-husband, who was famously involved in the Erin Brockovich case.

However, the lawsuit over the airplane crash alleged that the Bravo stars’ divorce was “simply a sham attempt to fraudulently protect Tom and Erika’s money from those that seek to collect on debts owed by Tom and his law firm GK.”

At the time of the filing, E! News reached out to Jayne and Girardi’s teams for comment but did not hear back.

(E! and Bravo are both part of the NBCUniversal family.)

6 Ways to Nail a Job Interview