Green Bay Packers Vs. San Francisco 49ers: How Did Predictions Compare to the Results?

Employees, physicians under Kaiser Permanente will be mandated to get COVID-19 vaccine 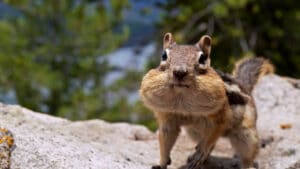 The NFL saw several upsets last week, and fans are eagerly waiting for week 9 to begin, with some already pitching in their predictions based on the remaining teams and their available members.

The Green Bay Packers are facing a dilemma after two of its players, Aaron Jones and David Bakhtiari, have been listed as questionable, missing the last two games of the series.

On the other hand, the San Francisco 49ers are dealing with several injury concerns. Most of the team’s offensive lineup is either hurt or placed on the COVID-19 list. Key defensive players Nick Bosa and Solomon Thomas, have both received injuries removing them from play for the rest of the season.

The tattered condition of the 49ers has made fans who enjoy predicting who would win in the NFL lean towards the Packers. This is despite the team having to fly all the way across the nation to face a team they lost to twice in the previous season.

Some prominent individuals shared their predictions of how the match between the two teams would go. The Los Angeles Times’ Sam Farmer favored the Packers winning against the 49ers 27 to 17 while the Associated Press’ Barry Wilner estimates an end score of 27 to 16 for the Packers.

CBSSports.com’s Pete Prisco said the match between the two teams is nothing like their previous title game in January. He predicts that the Packers would win with a score of 28 to 21. Prisco links his prediction to the 49ers crippled position with several injured players such as Nick Mullens and George Kittle, Fox Sports reported.

On the other hand, the Packers are also crippled, missing out on key players such as Kevin King, Will Redmond, and Vernon Scott. The coronavirus has also infected one of their players, A.J. Dillon, and two others who were in close contact with him; Jamaal Williams and Kamal Martin.

Among all the players sitting the upcoming game out, the odds were still in favor of the Packers due to the 49ers taking a heavier hit to their roster.

Kenny Jilek said that Kittle’s absence from the game removes one of the 49ers great blockers that worked in tandem with their offensive line. However, he noted the team still had enough power to break through the Packer’s formidable defenses. Jilek believes that despite the 49ers putting up a good fight, their injuries would lead them to losing out with a 24 to 16 score.

Even with the 49er’s weakened defensive line, Matt Levene said they could still put up decent resistance, forcing the Packers to play cautiously. He said the match could still go either way but leaned towards the Packers with Aaron Rodgers pulling crucial plays to take the game with a score of 24 to 21, the Dairy Land Express reported.

On Thursday night, the game went mostly with the predictions that the Packers would take the match against the 49ers with a final tally of 34 to 17. The Green Bay managed to grab their sixth win, keeping their number one spot in the NFC North.

The severe injuries that the 49ers had to endure essentially caused them the game despite winning their January match against the Packers to take the NFC Championship. In their previous win, San Francisco dominated the Packers with a score of 34 to 3.

The Packers owe their win to their impressive defensive line that managed to turnover on downs when Rashan Gary tackled Richi James, keeping him just a yard away from the first down and Ty Summers successfully defending against a sneaky play by Mullens.

Despite their lack of key players, the 49ers were able to get their last points of the game with Jerrick McKinnon running a 1-yard down with eight seconds on the clock, Packers.com reported. 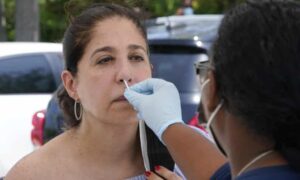 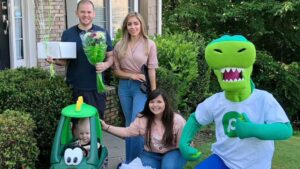 A Publix superfan, toddler diagnosed with leukemia gifted with own ‘Publix Car’