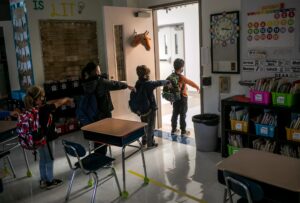 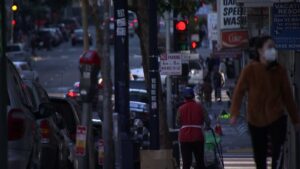 This past week, SF Times had a chance to catch up with one of the most talented artists to come out of San Francisco — Peregrine Honig. We talked about her background, influences, inspiration and her future work.

To start out, how has your work been going since the start of the pandemic? I’m sure it’s had an influence on the way many artists work.

The politics of the Covid 19 pandemic have familiar scenarios as the climate I grew up in, the epicenter of AIDS/HIV- San Francisco, 18th and Castro with my mom and Project Artaud with my dad in the late 80’s. I lost my neighbors, my cousin. The parallels between how The United States has managed COVID-19 and the way the nation handled HIV ( initially GRID ) is tragically and similarly disappointing. Waiting to speak up or act only when something affects us directly is detrimental for everyone and to everything. We cannot separate health from equality.

My childhood friend Ekene Okobi left the country for London after the 2016 election and currently lives in Berlin. We went to Summerbridge together with Lois Loofburrow at the helm and Daniel Handler before he had a pseudonym- Lemony Snicket- this gangly dude in loose white shirts climbing the walls to teach us how to read and listen to the lyrics in songs. Ekene messaged me, “America is going to get real bad- I’m black and I have an accent- I have to get OUT of here.” Her younger brother, Chinedu Okobi was tasered to death in 2019 in Millbrae. It happened on my birthday so I was excited to see her call- it made the information even harder to hear. Unarmed in the footage he raises his beautiful hands and asks, “What did I do?” The sheriff’s deputies cleared the case.

Let me see- artists’ I know in reaction. A lot of us artists got back into a monk-like practice to get through quarantine and the past four years. The transparency of racial inequality- these wolves in wolves’ clothing- and the pandemic have definitely taken a toll on mental wellness- obstructing empathy and reality in some, hindering creativity in others. My youngest sister Esther Honig is a journalist, works for NPR, expressed how terrifying it was watching reporters get abused and attacked, cameras smashed, information censored by conspiracies and violent white nationalism. I suppose nationalism is always violent even when the physical violence isn’t televised- that humming undercurrent. It is harder to see who they are now with the red hats on hooks inside. I never drew him. I avoid saying his name, especially in print.

My middle sister, Manya, lives near me. Her husband is Afghan and they have three beautiful, golden children- not that I’m objective AT ALL. They made the decision to move to Germany this year, initially triggered by the 2016 inauguration. Our grandfather was a holocaust survivor so we have dual citizenship. The irony that my nieces and nephew might have better opportunities in a place that targeted my family for extermination less than 100 years ago is not lost on us. Anne Frank and Martin Luther King Jr were both born in 1929. We are a delicate species with bad habits.

What is a strong memory from your childhood that influenced who you became?

My early mentors were Ruth Asawa and Mr.(Frank) Foreman (Guru, Sir). They taught me early critical thinking. Foreman’s middle school art history classroom had a wall of broken clocks to illustrate that time was relative. He taught us about The Tuskegee Experiment and had us discuss Meshes of The Afterooon. Asawa’s studio was generative and her attitude towards motherhood was direct and efficient. She would take me to figure-drawing classes off-campus when I was fifteen and to this day teaching and drawing from the model is part of my practice. Asawa was one of the 120,000 Japanese Americans who were brought to California’s internment camps after the bombing of Pearl Harbor. She was stern and had high expectations. She pushed me and I won awards and scholarships that helped me get into CSSSA and on to college. Ruth Asawa inadvertently prepared me for my sophomore sculptor teacher who was also Japanese and similarly regulated.

I grew up in a city with cheap transportation, good public schools, two-meal burritos, and free access to art. I could go anywhere and say I couldn’t find a pay phone as an excuse to get home late. The M.H. deYoung Museum was the first museum I entered with my young parents and eventually my first job site. I was a junior docent for the museum’s Henry Ossawa Tanner exhibition in 1991 and worked on a huge public mural about Teotihuacan. Dwight Hackett introduced my work to Sandy Besser and I was included in an exhibition of his collection in 2007 at The de Young. I had been purchased by The Whitney, The Milwaukee Art Museum, The Albright Knox, The Fogg and The Chicago Art Institute but this was my hometown. It felt very resolute to see my work on these walls. Free every Tuesday!

Growing up in a small-sized big city ( San Francisco is seven miles by seven miles ) and living in the expansive midwest isn’t a black and white switch- not country mouse, city mouse. I initially believed I was headed towards fields of wheat when I got here. My Great Uncle Phil lived in New York and we would watch the Wizard of Oz every holiday. Imagine my surprise when my first summer in Kansas City had one of the highest homicide rates in the nation! It’s a real city, beautiful and blighted, funded and corrupt, historically burdened by racism, antisemitism, and sexism.

San Francisco has a unique aesthetic. The city’s punk rock drug grit, gay pride iconography, and psychedelic poster history are in my blood. Because of The YMCA costuming and chaps as erotica, I sincerely believed all cowboys were gay until I was eight.

I took a free printmaking class at The San Francisco Art Institute when I was 15. My intuitive take on ink and early instruction might be why my drawings were spotted by Melissa Rountree in a zine called Sparrowsfall at an alternative art show in NY via The Dirt- why I was selected to work with Landfall Press in 1998. I made Ovubet- etchings on paper doilies.

Landfall Press is equal parts prestigious, salty, and fun. They just put out a massive book archiving fifty years of their publications. I have been working Jack Lemon and Steve Campbell for twenty years- from Chicago to Santa Fe, six projects- but I still nerd out being page to page with Robert Rauschenberg, Kara Walker, Vito Acconci, Luis Jimenez, and Judy Chicago.

What made you move to Kansas City?

I figured out early that making money as a creative was a full time hustle and I wanted to go to a school that had great artwork coming out of it. KCAI did not seem to be fucking around at the time so I applied at sixteen, got a big scholarship and was humbled by their first year foundation program.

I lived with five people, two Libras from California- one I was dating and one had the exact same birthday as me- we were all in sculpture at one point and so there I was, immersed. Kansas City has a deeply faceted jazz, prohibition, and drag culture as well as a commitment to ceramic and steel work. The support of the arts and collector base is notable. I was nineteen. I rented a very sketch 5,000 square foot space for $500, no lease, and I stayed.

What recent works are you most proud of, and what’s on the horizon for you?

I wrote and helped produce a movie called Summer in Hindsight with The West 18th Street Fashion Show– an annual fashion show that has occurred on The West 18th Street block the second Saturday of June since 2000. We filmed in August, edited for months, and have already won International awards and placement- Venice Shorts, The White Unicorn, The Women’s International Film Festival. It is a beautiful and brave thing we did and we are hoping to release it to the public this year-( laughs ) anyone want to buy a film? We filmed the scenes in museums, which is typically unheard of without a budget. But because of the pandemic, they’ve been empty enough to be able to finally do that sort of thing- The Nerman, The Nelson-Atkins, The National WW1 Museum and Memorial, The Kansas City Museum, The Toy and Miniature Museum were completely on board and supportive. We debuted the directors cut at The Boulevard Drive In. Jeremy Osbern ( The Big Ugly ) was our DP and Khitam Jabr was our director. I had NO IDEA what we were doing but hey- there was nothing else to do but worry. It gave a brilliant group of creatives a goal. Local restaurants fed our crew in trade for advertising. Also we were sponsored by Atoms shoes so we got colorful sneakers and matching face masks. So much protocol! No one got sick. My stepfather studied film-making and worked at Zoetrope when I was little so it was very fun to have him come to KC, get nostalgic, and help us.

Other things -hmmm I just finished a 8 by 6 foot painting of my taxidermy twin fawns so I can create a new lithograph with Landfall. I start big to go small. I worked on three albums with my husband Mike Dillon because he’s not touring- they release in March. Getting his handsome face and excellent pancakes every morning has been really nice- real maple syrup, raspberries, almond flour and olive oil for frying. He serves up a great coffee and makes me laugh. We wrote lyrics together and the record album covers I created are really cool. Royal Potato Family produced them- again- goals and deadlines to battle depression. My tiny rescue dog Beignet ( yes he has an instagram page @heyheybeignet ) enjoyed the quarantine because we were always home.

One thing I’ve really enjoyed during the pandemic is teaching. I’d done residencies in New York, China, and Argentina. I’m teaching my friend Mac’s ten year old twins with my tool set from these isolationist scenarios. And I’m strict- the way I was taught to learn. I love it. The pandemic has really made me aware that traveling is a gift you give yourself. My grandfather always said “they can take everything away from you, but they can’t take your education and your travel.”

Peregrine Honig was born in San Francisco, California and currently resides in Kansas City, Missouri. Her work covers a variety of topics, focusing on pop culture, consumerism, sexual vulnerability and social anxiety. She works with Landfall Press Shows with Blue Gallery and The Nevica Projects and has new pieces slated to appear at the Albrecht Kemper Museum June 19th of 2021. Follow Peregrine on her instagram @peregrinehonig to see her studio and posts about upcoming projects. 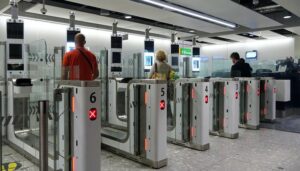 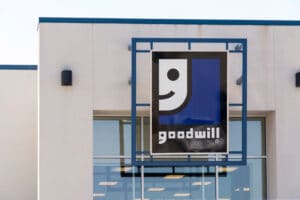 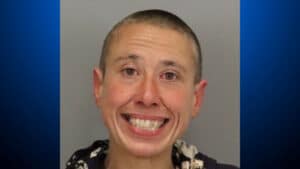 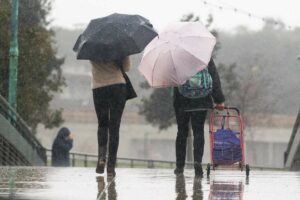