(RNS) — Former Liberty University President Jerry Falwell Jr. has dropped a lawsuit in which he claimed the school he once led defamed him after he resigned this summer in the wake of a sex scandal.

According to the News & Advance, Falwell’s lawyers informed the Lynchburg Circuit Court on Wednesday (Dec. 9) that he will not pursue his case against the school. The case revolved around allegations of a sexual relationship involving himself, his wife and a former business associate that were repeated by school officials — allegations Falwell insists are false.

RELATED: The fall of Falwell: A timeline of the ups, downs and scandals of his Liberty University presidency

“I’ve decided to take a time out from my litigation against Liberty University, but I will continue to keep all options on the table for an appropriate resolution to the matter,” Falwell said in a statement to the News & Advance on Thursday.

In the original suit, filed in October, Falwell claimed the school’s board pressured him to resign without properly investigating the allegations made against him.

The business associate, Giancarlo Granda, told reporters that he had a years-long affair with Falwell’s wife, Becki, and that Falwell Jr. also sometimes participated as a voyeur.

Falwell has denied that claim and alleged Granda tried to extort his family — an accusation Granda denied. 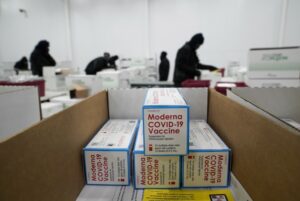