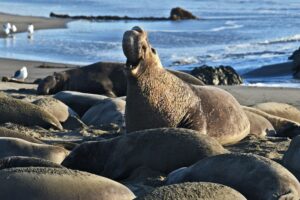 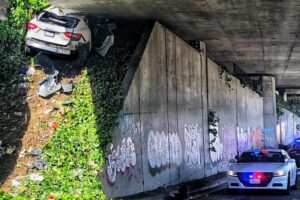 Slate correspondent and author of The Idealist Justin Peters called Newsmax host Greg Kelly “The King of Dead-End TV” in an opinion piece published last November 27. He also described the pro-Trump breakout star of Newsmax as the “leader of the pom-pom squad” if Newsmax TV was the president’s unabashed cheerleader. Kelly who was a former “Good Day New York” anchor at Fox 5 has recently jumped ship to Ruddy’s conservative network with a new show, “Greg Kelly Reports”, which airs weekdays on Newsmax at 7p.m.

In a tweet by Newsmax last November 19, two days after major news networks alongside other mainstream media outlets had called Biden’s win for Presidency, Greg Kelly proceeded to open with an announcement saying, “This is Newsmax, where we have not called the election.Why would we? We do not know who has won. This whole idea of a president-elect? It is a media fabrication.”

Newsmax has been getting backlash with its decision to still float around the Election result despite the “obvious” sweep of Biden gaining 306 electoral college votes and over 80 million in popular vote beating Trump on both categories. In an interview with Adweek, CEO Christopher Ruddy defended the network’s stance saying that their position is reasonable as Trump is still actively challenging results in five states adding that it’s “extremely close”.

The network founded in 1998 and operating as cable news since 2014 suddenly gained momentum after Election Day with a surge in ratings, a tenfold increase in prime time viewers hitting more than three hundred thousand views. According to Peters, the rise is apparently attributed to Fox News calling Arizona for Joe Biden on election night, a somehow surprising move by the network who has been dubbed as Trump’s mouthpiece. Another is that the network also occasionally suggests that Trump’s campaign of voter fraud “might not be particularly credible.”

It has recently been advertised by President Trump himself in a series of tweets expressing his disappointment towards Fox News saying, “But they forgot what made them successful, what got them there. They forgot the Golden Goose,” and urging viewers to switch to Newsmax TV which works for what Peters called “forever-Trump conservatives who prefer their news untainted by actual news.”

“If Fox News is full of smart people pretending to be dumb, then Newsmax TV is full of dumb people who are proud not to be smart,” Peters said citing the likes of Benny Johnson, social-media personalities Diamond and Silk, columnist Michelle Malkin, and former Navy SEAL Carl Higbie who all had questionable and problematic backgrounds.

Last and the focus on his list is 51 year old Greg Kelly who is now Newsmax TV’s breakout star with his show “Greg Kelly Reports” hitting the million prime time viewer mark, a first for the cable news network. Peters first provided context on Kelly’s background as the son of former NYPD commissioner Ray Kelly and his infamous involvement in a rape case with a New York woman back in 2011 (which he “won” as prosecutors had decided not to press any charges against him).

Kelly is a publicly proclaimed Trump supporter. He has made this clear on a November 17 program adding that, “I lean conservative, I like Donald Trump because of his policies, and I also like Donald Trump because of his style. Yup, I do. I like the tweets.” According to Peters, as a personality, Kelly comes across as an unconventional anchor who “stumbles over words, makes random digressions, and often sounds like he’s winging his lines rather than reading them off a prompter” and combined give off a strange charm.

In his show, he had generously commended Trump saying, “President Trump got something done that was amazing for the American people. Of course, almost immediately ignored.” He also added that mainstream media were focused on other things, “a funny jab” Peters described, noting that like the rest of the cable news, Kelly is also focused on other things such as Trump’s refusal to concede the election.

Peters also proceeded to critic the show and its undeniable pro-Trump narrative which also reflects to the cable news as a whole. He said, “Greg Kelly Reports, like the opinion programs on Fox News and every other conservative media outlet, is suffused with disdain for the non-wingnut press.” But he also duly noted the difference between these programs and even extending the characterization to its similarity with Trump’s style.

“Where Kelly’s program differs is in the tenor of its bad-faith media criticism. Sean Hannity, Tucker Carlson, and Rush Limbaugh, for example, work hard to spin tales of elitist reporters conspiring to overthrow the president in the name of cancel culture. Their theories are ridiculous, but at least they are inventive. Kelly’s media criticism is a lot lazier than that.”

Kelly also communicates primarily in a sort of ideological shorthand according to Peters. He further explained that Kelly usually proceeds from anti-press premises widely-accepted on the right that there is no need for him to prove or explain any of his arguments similar to Trump’s incoherent “logical” arguments masked in a tone of an actual argument to hide the lack of substance.

Another one of his prominent critical points on the piece revolve around Newsmax as a Trump TV channel. “Newsmax TV exists wholly within this Trumpian sphere of consensus,” he said. “In accordance with their Donald Trump, right or wrong, though of course he’s never wrong editorial philosophy, Newsmax TV has been peddling the sorts of election conspiracy theories that even Fox News has been reluctant to touch,” emphasizing that despite Fox News recorded symbiotic relationship with Trump, the network had not gone as far as Newsmax.

He also added that despite Fox New’s flaws, the network still employs a “full stable of real journalists”

“Newsmax, at this point, is a Trump-native channel that can hardly imagine a viable future without the president on its side: It seems to be speaking to an audience that was politically awakened by Trump and doesn’t want to ever hear or believe anything bad about him,” he said.

Lastly, he closed with a simply put definition of what Kelly Reports really is. “Kelly Reports is a simple show on a simple network that exists to fulfill two simple premises: The media is wrong and Donald Trump is great. It is a journalistic philosophy as lazy as the man it is meant to lionize.” 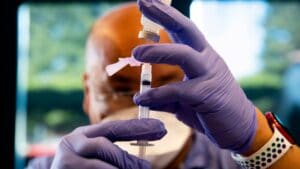 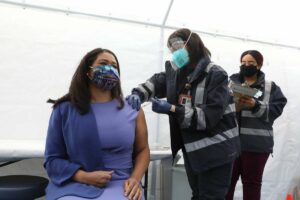 4 Ways to get a COVID Vaccine in the Bay Area