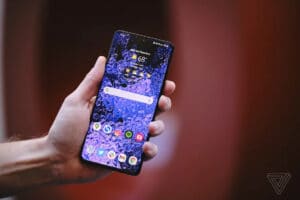 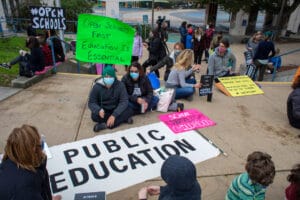 The first time I mentioned Joe Hall on this website was in my first week here, which was also the first week of the coronavirus pandemic shutting things down. I’d done some research at the New York Public Library, the day before it closed its doors, looking at microfilm of century-old newspapers to learn more about something I’d already known about, but not in much detail: the abandoned 1919 Stanley Cup Final between the Montreal Canadiens and Seattle Metropolitans.

What I’d known was that the series was canceled because of an outbreak of influenza. What I hadn’t known was that Hall, a 37-year-old Montreal defenseman, died three days after the series, which had been tied at two games apiece, was called off.

“It seems like a different universe,” I wrote back in March. “Even though a player in a championship series died from the disease ravaging the world, aside from the Stanley Cup Challenge, the sports world mostly went on — that was just how it was. There was much more focus on post-World War I recovery, which itself was the reason that the Rose Bowl that year was the Great Lakes Naval Station against the Mare Island Marines.”

It no longer seems like such a different universe. Sports shut down for a couple of months, but picked right back up, even as every attempt to play on — except for the meticulously planned and brilliantly executed NBA, NHL, and WNBA bubbles — has been ravaged by COVID-19. The death toll in the United States will go over 300,000 this weekend, surpassing the population of Pittsburgh, but we’re not even canceling games when players test positive for coronavirus right before the game.

I mentioned Hall again in June, and in November, because his story is the cautionary tale that just keeps getting ignored, and a repeat of which has been my greatest fear throughout this misguided return to fields, courts, and rinks. That fear has grown over these past several months, from the fear of an athlete’s senseless death to a fear that such a death wouldn’t even result in reconsideration of the decisions that led to it.

G/O Media may get a commission

I hope, I desperately hope, that Keyontae Johnson is not this pandemic’s Joe Hall, after collapsing during the Florida-Florida State basketball game on Saturday. Johnson, the SEC preseason Player of the Year, who earlier had COVID-19, was in critical but stable condition at a Tallahassee hospital where he was to remain overnight.

Johnson had scored five points in four minutes when he collapsed coming out of a timeout. Florida State coach Leonard Hamilton did the right thing by offering to call off the game, and Florida coach Mike White did the right thing by leaving it up to Johnson’s teammates. For the Gators players, the right answer was to play the game. That’s their call, and you can understand not wanting to just sit in Tallahassee, wondering what might happen to your teammate and friend. What’s questionable is the game having taken place to begin with, and what kind of medical screenings Johnson and other Florida players got after recovering from coronavirus, a virus whose long-term effects remain a mystery. But certainly myocarditis is one of the ailments that can rear its ugly head, especially in young, otherwise healthy athletes.

There will be more to learn about what happened with Johnson in the coming days, and hopefully — hopefully, hopefully, hopefully — he makes a full and speedy recovery. We haven’t had to reckon with a Joe Hall parallel in this pandemic. Hopefully this is as close as we get, because my other fear, that it happens and sports continue with barely an eye batted, feels less like a fear and more like a certainty if tragedy does come to the arena. 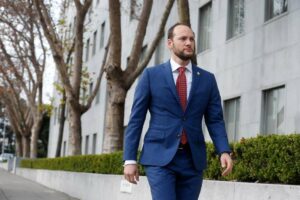