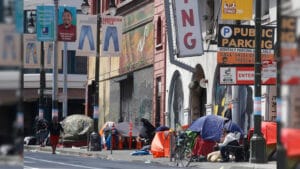 The pandemic is putting America’s air pollution standards to the test as the COVID-19 death toll rises.

The U.S. government sets limits on hazardous air pollutants to try to protect public health, but it can be difficult to determine where to draw the line for what is considered “acceptable risk.” Power plants, factories and other pollution sources release hundreds of million pounds of hazardous pollutants into the air every year.

As the coronavirus spreads, the pattern of deaths suggests there are serious weaknesses in the current public safeguards.

Several studies have explored connections between air pollution and severe cases of the respiratory illnesses. The latest, published on Oct. 26, estimates that about 15% of people who died from COVID-19 worldwide had had long-term exposure to fine particulate air pollution.

My research as an environmental health scientist looks closer at individual hazardous air pollutants and shows how higher rates of COVID-19 deaths across the U.S. – particularly in the South – have been associated with higher levels of pollutants, particularly diesel exhaust and acetaldehyde, a compound widely used in industry.

Many of these chemicals are all around us

The delivery boxes piled up in my living room offer a snapshot of how pervasive hazardous air pollutants can be. Toxic gases like acetaldehyde are exhaled by the paper mill that manufactured the boxes in Louisiana, the diesel trucks that delivered them, and even the gas furnace that keeps me warm as I open them. The Environmental Protection Agency regulates acetaldehyde, in part because in 1986 Dutch scientists found that it damages the respiratory system of rodents.

Acetaldehyde is quite common. In addition to being used in industry, it’s found in decaying vegetation, alcohol and cigarette smoke.

I generally don’t think about the toxic emissions resulting from my consumer behavior, but I can’t help but think about health risks now, and how to reduce them.

In the early days of the pandemic, I isolated myself. I dusted off my bicycle. I identified the contaminants in my water system and installed a reverse osmosis filter. To put it bluntly, I was afraid. Overweight men were not faring well against the virus, according to an early study, so I tried to modify my risk.

But what can I do about the air I breathe? I cannot stop the trucks from driving past my house, or the steel mill down the street from releasing emissions from its smokestack.

Harvard University and Emory University have investigated the role of particulate matter, ozone and nitrogen oxides in COVID-19 deaths by comparing county death rates to pollution levels and other potential factors. Similar studies have been done in Italy, England and China.

All of these studies found an association between higher death rates from COVID-19 and long-term pollution exposure.

While the causal factors are still unclear, the association may be related to air pollution exposure weakening the respiratory, immune and cardiovascular systems. Exposed populations have greater vulnerability and less resistance to the virus.

My colleagues and I investigated specific hazardous air pollutants, including acetaldehyde, that are elevated in Southern rural areas that have been hit hard by the virus.

In states such as Mississippi, Alabama, Georgia and Louisiana, high COVID-19 death rates have been attributed in part to an older population that’s more likely to have chronic illnesses and live in poverty. We controlled for these factors, as well as population health and preventive behaviors, and found that long-term hazardous air pollutant exposure is putting pressure on COVID-19 patients in these areas.

While federal standards suggest that the pollution levels in these areas aren’t harmful, our findings suggest officials need to reevaluate some of those standards.

The problem with thresholds

In 1991, the EPA extrapolated from rodents to humans to set the safety limit for acetaldehyde at 9 micrograms per cubic meter of air – similar in volume to a cup of water in an Olympic-size swimming pool. This standard assumes contaminated air below this level will not lead to any harm, excluding cancer.

But even acceptable exposures to these chemicals may be contributing to COVID-19 mortality rates. There is still a lot that scientists don’t know about the impact of hazardous air pollutants on humans.

There are some reasons we might observe effects below the threshold. First, animal reactions to toxins do not always predict human reactions. Second, hazardous air pollutants do not act alone, and exposure to multiple toxins can have cascading impacts. Third, methods of monitoring and estimating exposures to air toxins are not adequate for characterizing risks to human health, especially for vulnerable populations.

[Deep knowledge, daily. Sign up for The Conversation’s newsletter.]

The Toxics Substance Control Act is responsible for addressing risks from chemicals and limiting use of such substances as PCBs and asbestos. A 2016 amendment increased the government’s authority to review risks for communities living near high-emissions sources. But these risks have yet to take a major role in the assessment process. The government in recent years has also cut funding for the Integrated Risk Information Service, which identifies health hazards.

What to do about it

More research is needed into effective pollution limits to address multiple chemical exposures and their effect on vulnerable populations.

Limits, along with funding for pollution prevention and control technology, could provide incentives for cleaner production practices and cleaner vehicles. These can be important strategies for strengthening the nation’s defenses against this and future respiratory disease pandemics. 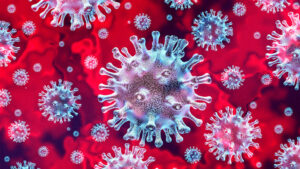 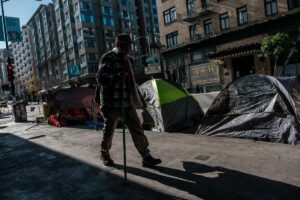 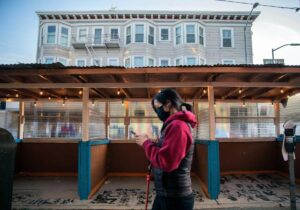 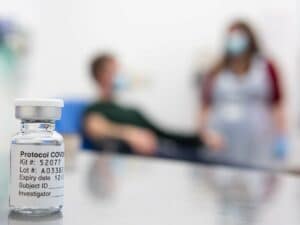