At least 146 individuals were killed by Typhoon Rai, the strongest typhoon to hit the Philippines this year, and the damages go beyond what was reported, according to a provincial governor whose area was devastated the most, ABC News reported.

Located in the central Philippines, Bohol province, home to over 1.2 million people, has recorded 72 deaths, Gov. Arthur Yap said. Ten others are still missing while 13 suffered from injuries. The governor said the death toll can even increase as there are some mayors who are yet to report fatalities due to communications issues.

Yap posted statements on Facebook to order local chief executives in Bohol to employ their emergency authority to get sufficient food packs and potable water for the affected population. Many hard-hit areas urgently ask for food and water supply.

Yap joined a military aerial survey of the affected areas. “It is very clear that the damage sustained by Bohol is great and all-encompassing,” he said.

According to the governor, four towns were not covered by the initial inspection. The typhoon that battered the central island provinces on Thursday and Friday has affected about 780, 000 people, government data said. Of this number, over 300, 000 left their homes to shelter in safer areas.

Local officials, the national police, and the disaster response body said at least 64 lives were lost in relation to the typhoon. Deaths were mostly caused by being hit by toppled trees and falling walls. Some were buried in landslides while others did not survive flash floods. Ten deaths were separately logged on Dinagat Islands, its officials said. The area was the first to be hit by the typhoon, and its death toll pushed the total number of deaths nationwide to 146. 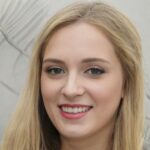 Ukraine war: how US-built F-16 ‘Fighting Falcon’ could help Kyiv move on to the offensive

Afghanistan: single women and widows are struggling to find their next meal under Taliban restrictions

Two arrested after robbing individual at gunpoint in Pleasanton