Jaime Rogozinski, founder of the recently popular subreddit WallStreetBets has reportedly said that the recent surges coordinated by WallStreetBets on AMC and GameStop stocks are ‘a train wreck’.

He continues on with expressing his disappointment regarding the subreddit’s rise in influence, which he says is similar to a horror film’s gradual rise of tension.

WallStreetBets has been mostly responsible for boosting GameStop, AMC, and companies in similar positions. This is due to the users that are actively driving the stock prices up. 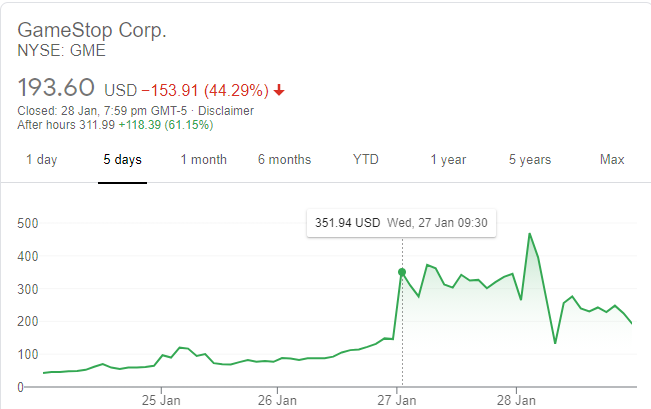 This has resulted in huge losses for hedge fund companies that shorted these businesses, from upwards of millions to billions of dollars.

He further explains that he started WallStreetBets while being employed as an information technology consultant in Washinton, D.C. Then, the subreddit only had around a few thousand users following it. Now it is home to about over 2 million users, thanks to the recent GameStop controversy.

Rogozinski was kicked out of the subreddit, despite being the founder, due to him actively eliminating hate speech in the community. He further adds by saying that there were multiple moderators who were white supremacists.

Citron Research founder Andrew Left, recently called Rogozinski due to losing money by shorting GameStop. Left also said that his family was being threatened by WallStreetBets users. It’s no longer what it used to be, Rogozinski states.